Good and Getting Better!

“Good and getting better!”

Those are the first words he says every time he visits our office. The question he’s asked that prompts such positivity? “How have you been?” He’s a long-term client, now into his mid 50’s whose optimism never fails to impress us. You might be wondering why is this man so positive? There could be plenty of reasons. Some people may call him an optimist.

“Well, you know, I think there will be a market crash next year.”

Those were some of the words of a young man who called us up trying to figure out some direction for his financial future. He’s 21 and interested in retiring in a couple of years. He thinks crypto currency might be the answer, but he’s not sure. He isn’t capable of being a client as has no assets that need managing, and because his thinking is incredibly chaotic.

It would be easy to make light of this, but at 21 he won’t be retiring in a couple of years without a stroke of luck. He had figured out that a large part of early retirement was driving down living costs, but the other part is having an asset base that can be drawn upon for expenses. We couldn’t help him with the assets, but hopefully we can influence his thinking because without his thinking being straight, he’ll have a stronger headwind to deal with.

The market crash belief was evidence of that. There wasn’t much reasoning behind it, beyond “some stuff” he’d heard, so we didn’t ask him for the specific crash date. The only thing we can influence (hopefully) is his outlook. We gave him a book on investing and sent him on his way.

Why would the man in his 50’s have such a different outlook to the man in his 20’s? The obvious response might be the global financial crisis occurred when the younger man was 8 and the covid crisis occurred when he was 20. Those are considerable financial calamities to occur before you’re 21 and they might colour a person’s view on the world and how precarious it is.

But what has the older man been privy to? He grew up in the 1960’s and 70’s. The end of the post-World War 2 boom, the Vietnam war, stagflation in the 70’s and an oil embargo. Inflation continued throughout the 80’s, commodity prices falling sparked a currency crisis in Australia, while there was also the 87 stockmarket crash. The 1990’s began with a recession in Australia and across much of the West, it rounded out with an Asian economic crisis and the dotcom bubble, which burst in early 2000. A year later 9/11 happened, destabilising financial markets and leading to wars in Iraq and Afghanistan.

Most of this before Mr 21 arrived on the planet.

While it all seems very dire, in the midst of all this havoc, it should be very easy to see why the older man is positive. Long term, our circumstances have never failed to improve. He has seen nothing but ongoing improvements throughout his life and into his 50’s he has the ability to put them in perspective.

As financial writer Nick Murray points out in the 2019 update of his book Simple Wealth, Inevitable Wealth, “The computer embedded in a middle school child’s iPhone is a million times smaller, a million time cheaper, and a thousand times more powerful than all the computing power that was available to NASA the night Apollo 13 exploded.” And as former doctor and educator Hans Rosling notes in his 2018 book Factfulness, “over the past 20 years the proportion of the global population living in extreme poverty has halved”.

In Rosling’s case, he put together test a 13-question test to measure whether people actually know about the incremental improvements in the world. It may be considered a test of general optimism and pessimism in the world. Multiple choice questions about poverty, births, deaths, education, health, gender, and violence. In a 12,000-person survey across 14 countries, the average strike rate was 3 correct answers from 13, with the majority of people choosing the most pessimistic answer.

While these are just normal people taking the test, what about the world’s leaders and thinkers who should be more aware of what’s going on? It’s not pretty, as Rosling notes:

I have tested audiences from all around the world and from all walks of life: medical students, teachers, university lecturers, eminent scientists, investment bankers, executives in multinational companies, journalists, activists, and even senior political decision makers. These are highly educated people who take an interest in the world. But most of them—a stunning majority of them—get most of the answers wrong.

Rosling argues these results are worse than random. A chimpanzee with no knowledge of the subjects at all should statistically do better! It’s not a question of intelligence, every group of people he surveys believe the world is more frightening and downcast than it really is.

It’s well acknowledged we’re fed a steady diet of bad news through the media. And it’s easy to blame the media, but good news is gradual which makes it more disguised to our eyes. A medical or technical advancement has less impact in the moment, it may save tens of thousands of lives over a decade, but there’s no immediacy so it’s in the middle of the broadcast or newspaper. Bad news is sudden which makes it prominent and in our faces. An earthquake or terror attack may kill one hundred people in a matter of minutes, but it’s horrific so it leads the broadcast and is on the front page.

If you look at how the media covers notable achievements when they intersect with significant interest in consumer product, you’ll get a sense of what’s being ignored. Take Nick Murray’s point about the computing power of an iPhone. What do you remember about the release of smart phones over the years? Comparisons about how far computing power has come relative to where we were in the 1970’s and the technology that put people in space? 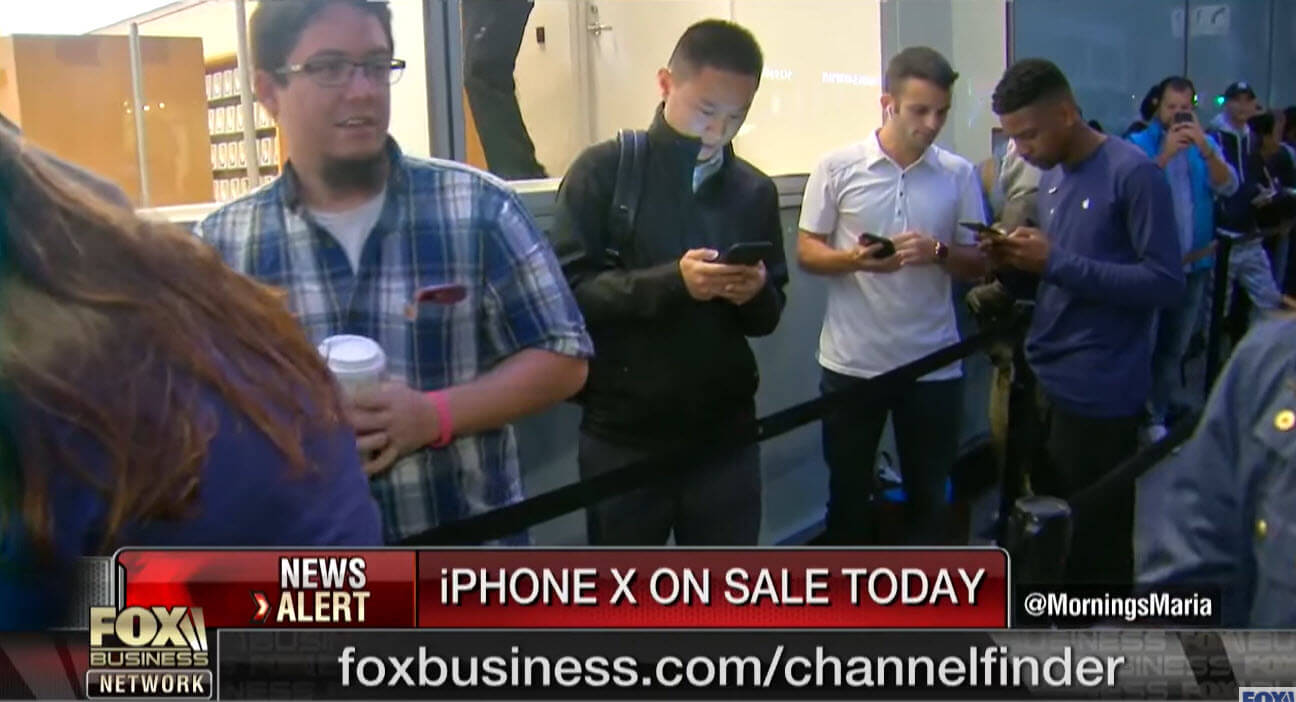 Curious and strange behaviour is highlighted while the technical advancements are set aside. The story of people portrayed as a bunch of sheep lining up for days to get their hands on a consumer product becomes what grabs attention.

What’s being ignored? Aside from the technical advancements, in the developing world smart phones have been integral to improving or increasing access to banking, education, disaster warnings and health care. Smart phones and the technology behind them have played a part in increasing living standards all over the world.

It’s hard to be a successful investor unless you’re an optimist. Firstly, if everyone does well, you’re likely to do better as an investor. And if you understand everyone is doing better, and that we have always gotten better, you’re less likely to be agonising over someone huffing and puffing about the next crash.

Optimism doesn’t mean abandoning your principles. Risks exist at every level, but they’re often more pronounced at a micro level. Taking on too much debt, buying individual stocks, getting involved in untested investment schemes. In contrast, a globally diversified portfolio, balanced across asset classes has historically done a pretty good job at capturing gains and protecting against the downside. Our progress is distilled into capital markets which has reliably rewarded investors with capital growth and income in their pockets.

As our friend says: good and getting better!

This represents general information only. Before making any financial or investment decisions, we recommend you consult a financial planner to take into account your personal investment objectives, financial situation and individual needs.

Fiducia’s principal Danny Maher has over 25 years in financial services and is recognised as a leading Financial Planning practitioner. Danny’s commitment to providing professional advice is demonstrated by his customers commitment to remain with Fiducia even when they move interstate.